The first Mass said in the district of Haberfield took place on February 28, 1909, in a shed on the site of today’s Catholic lawn tennis association courts.

Later that year, following the Beatification of St Joan of Arc on 18 April 1909 (her Canonisation took place on 18 May 1920) , the first Catholic church in Haberfield was built in Ramsay St. It was believed to be the first church in the world to be named after St Joan of Arc, and the parish was presided over by Mons P Baugh, parish priest from 1909-35. 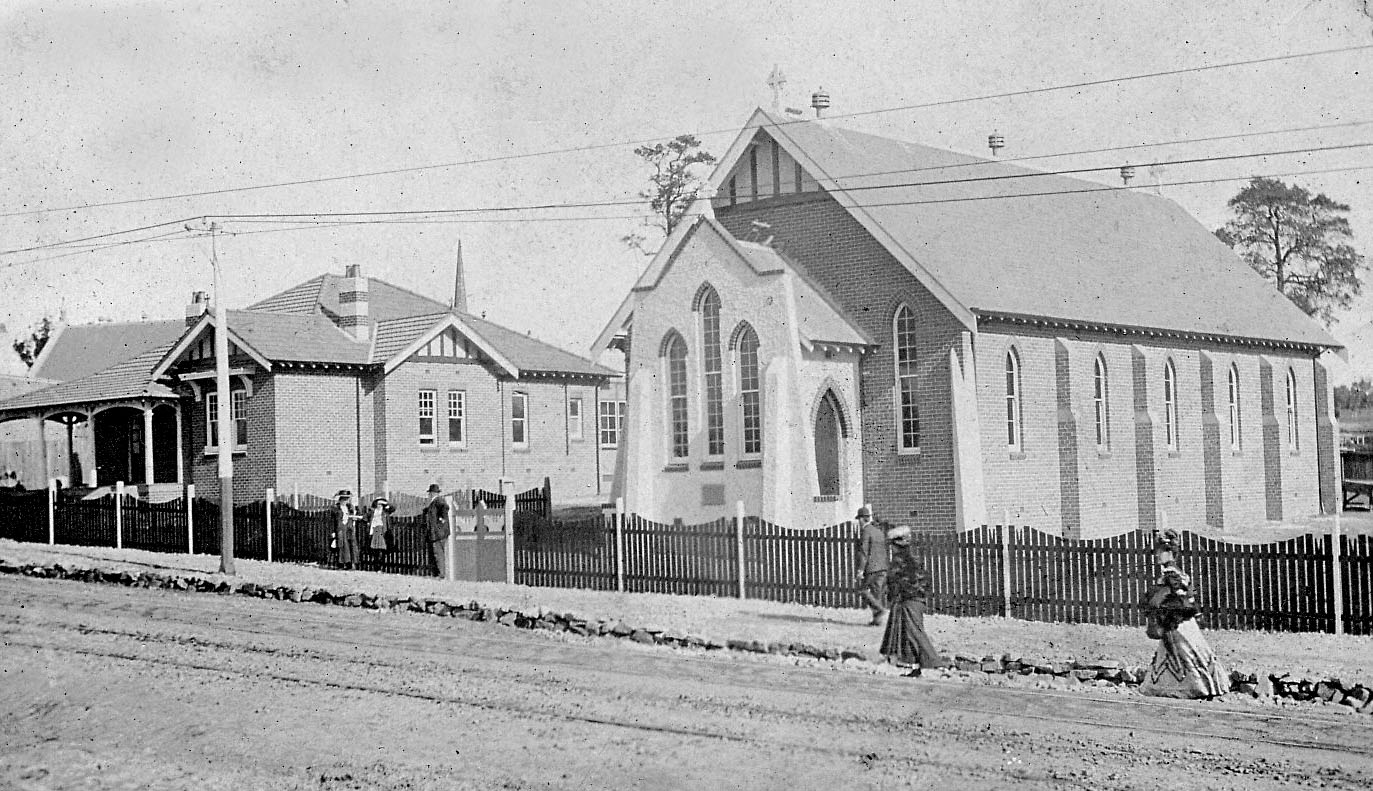 In 1911, Domremy  College, named after the village where St. Joan of Arc was born and raised, was built.

The college, staffed by the Presentation Sisters, once served as a boarding school and welcomed infants, primary and secondary students, before years K-6 were phased out from 1966.

As the parish and the congregation grew, a larger church was needed, and in 1954 the foundation stone of the church of St Joan of Arc was blessed by Cardinal Norman Gilroy.

The Church, located in Dalhousie St, Haberfield, was completed in 1955 under the supervision of the then parish priest, Mons John McCooe.

Parishioners were thrilled with the new church, having spent many hours door-knocking the area to raise funds for its construction.

While many early parishioners were of Irish descent, a large Italian community settled in Haberfield in the post-war years. For many years Mons Dino Fragiacomo celebrated Mass in Italian on Sunday morning at 10.30. An Italian choir sang during that Mass and on special parish occasions. This Mass ceased when Mons Dino retired and an Italian Mass was celebrated on a Saturday evening at 6.15. For a time Fr John Iacono came each Saturday for that Mass. Over time this changed and it became more and more difficult to find an Italian speaking celebrant. The arrival of the Coronavirus in March 2020 brought an end to the availability of  visiting priests.

The Italian community within the parish continues to be active and takes part, with the Pastoral Council and Liturgy Committee of the Parish, in the organisation of a procession to honour the Queenship of Mary. It is held on the Sunday closest to 22 August.

Fr Frank Mecham, who grew up in Haberfield, was parish priest at St Joan of Arc from 1983 to 2000, when a broken hip forced him into retirement.

He took up residence at the St Joan of Arc Villa, a hostel for the aged that he established in 1990.

Fr Frank Furfaro stepped in as parish priest in June 2008, having been first assigned to the parish as a curate when he graduated from the seminary in the 1970s.

After serving in a number of other parishes in the intervening years, Fr Frank Furfaro returned to Haberfield in time to welcome pilgrims from France and Italy for World Youth Day 2008.

Ministries within the parish include the Haberfield conference of the St Vincent de Paul Society which has been operating almost as long as the parish itself. Members meet fortnightly and visit the homes of those in need to provide assistance.

In February 2009, the Haberfield community held a centenary Mass, the first of several celebrations to mark 100 years of the parish.

Students of St Joan of Arc School celebrated Mass as it would have been said in 1909. Latin responses were learnt and the students took part in other activities to experience life of 100 years ago.

Fr Phillip Zadro was appointed parish priest in 2016 having spent the last 17 and 1/2 years at Holy Family Menai.

COVID-19 is likely to persist for some time yet so you are encouraged to observe the following:

THANK YOU for helping us to stay COVID Safe

You can check updates to COVID restrictions as from 25th February 2022 at:

Thanks again everyone for your assistance in observing these matters and helping to keep each other safe.

If you don’t have Facebook you can get to our page by entering www.facebook.com/StJoanofArcParish